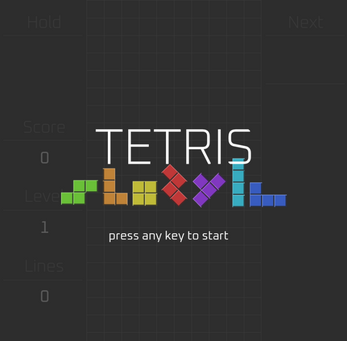 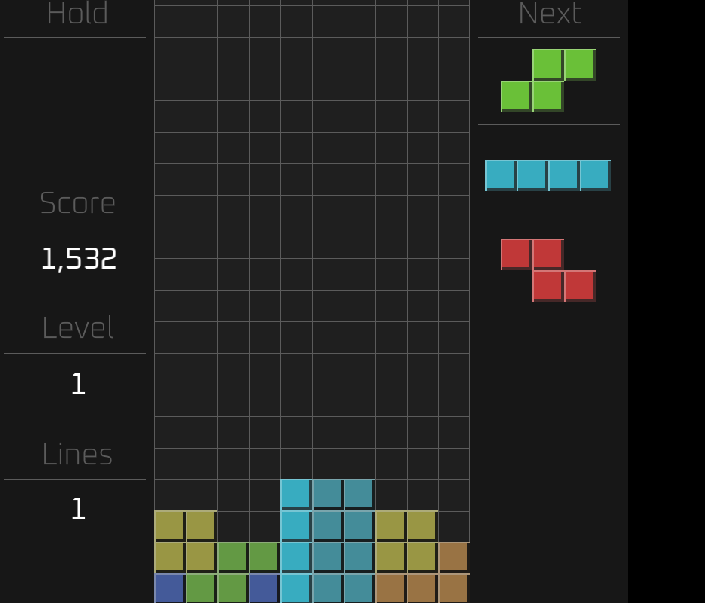 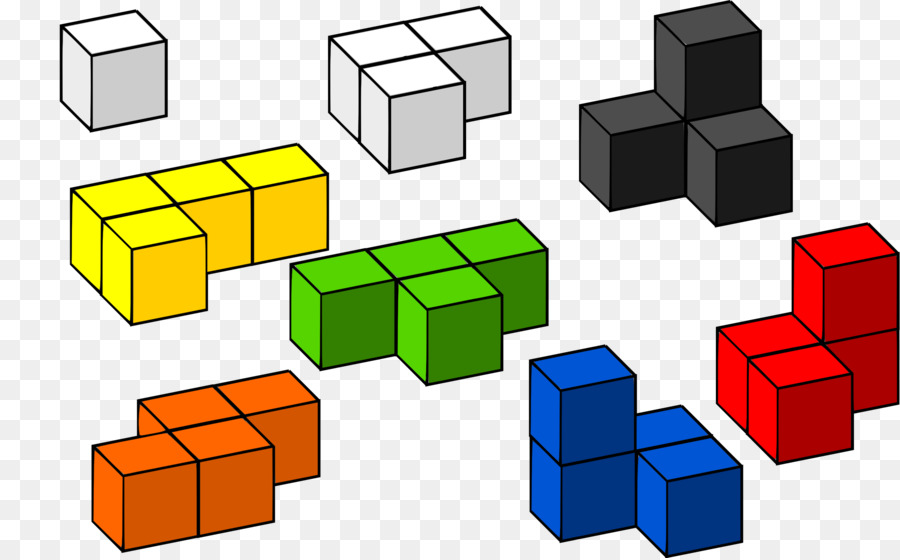 The pieces that fall are called "Tetriminos." There are seven of them. Rotate and drop them to build up just a few lines of the board so that you can fill multiple lines with one final piece. The more lines cleared at a time, the better. Clearing four lines at once (the most possible) is called "a Tetris Move."

"In 1984, while trying to recreate a favorite puzzle game from his childhood featuring pentominoes ["Pentomino"], Pajitnov imagined a game consisting of a descent of random pieces that the player would turn to fill rows. Pajitnov felt that the game would be needlessly complicated with twelve different shape variations, so he scaled the concept down to tetrominoes, of which there are seven variants. Pajitnov titled the game Tetris, a word created from a combination of 'tetra' (meaning 'four') and his favorite sport, 'tennis'. Because the Electronika 60 had no graphical interface, Pajitnov modelled the field and pieces using spaces and brackets. Realizing that completed lines filled the screen quickly, Pajitnov decided to delete them, creating a key part of Tetris gameplay. This early version of Tetris had no scoring system and no levels, but its addictive quality distinguished it from the other puzzle games Pajitnov had created."

"The question 'Would it be possible to play forever?' was first considered in a thesis by John Brzustowski in 1992. The conclusion reached was that the game is statistically doomed to end. If a player receives a sufficiently large sequence of alternating S and Z Tetriminos, the naïve gravity used by the standard game eventually forces the player to leave holes on the board. The holes will necessarily stack to the top and, ultimately, end the game. If the pieces are distributed randomly, this sequence will eventually occur. Thus, if a game with, for example, an ideal, uniform, uncorrelated random number generator is played long enough, any player will top out."

Articles go here, inside the "accordion"...